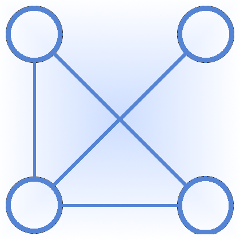 AbvOS is a fully decentralized loosely coupled distributed search engine and social network where the user control everything.

As a side effect, this design will cut the spread of fake news around the world

Also despite that I write it in Javascript and C for practical reasons if you are interested in programming I strongly recommend to take a look at Haxe language.
AbvOS as haxe born, "Cherchez la femme" as always and that fact will be never forgotten.
I wrote its first components, better said prototypes in haxe and they are archived here.

I also have to mention Now, Heroku, Openshift, Cloudno.de, Openode.io because thanks to their generosity I can test my baby and you to see it in action here. There is not much at the moment, be patient. More to come.